Violinist Filip Pogády has been praised by the press for the “beauty of his tone”, “lightning-like virtuosity” (Russkoe Slovo) and his “commanding performances” (The New York Times).

As a firm believer that music should be available to everyone, Pogády joined Yehudi Menuhin’s “Live Music NOW!” Foundation, which is dedicated to bringing music to orphanages, nursing homes, prisons and hospitals. Pogády has played over 30 recitals for “Live Music NOW!”. Pogády decided to take this concept to the next level and has been performing the Sonatas and Partitas by J.S. Bach in the New York City subway throughout his studies at the Manhattan School of Music until present. “Most of these people have never heard this kind of music before, and yet it touches them on a basic human level, because this music is just SO good,” he says.

Pogády gave his solo debut with orchestra at age 11 at the Wiener Konzerthaus in Vienna after winning the 1st prize at the Tsusuki Violin Competition as the youngest contestant.
He participated three times at Austria’s nationwide music competition “Prima La Musica” and won the 1st prize each time. He was also honored with special prizes by the Austrian String Society and the Raiffeisen Bank for extraordinary results at this competition.

Pogády earned his Master’s Degree in Violin Performance under the tutelage of Maestro Pinchas Zukerman at the Manhattan School of Music, where he was awarded a full scholarship. 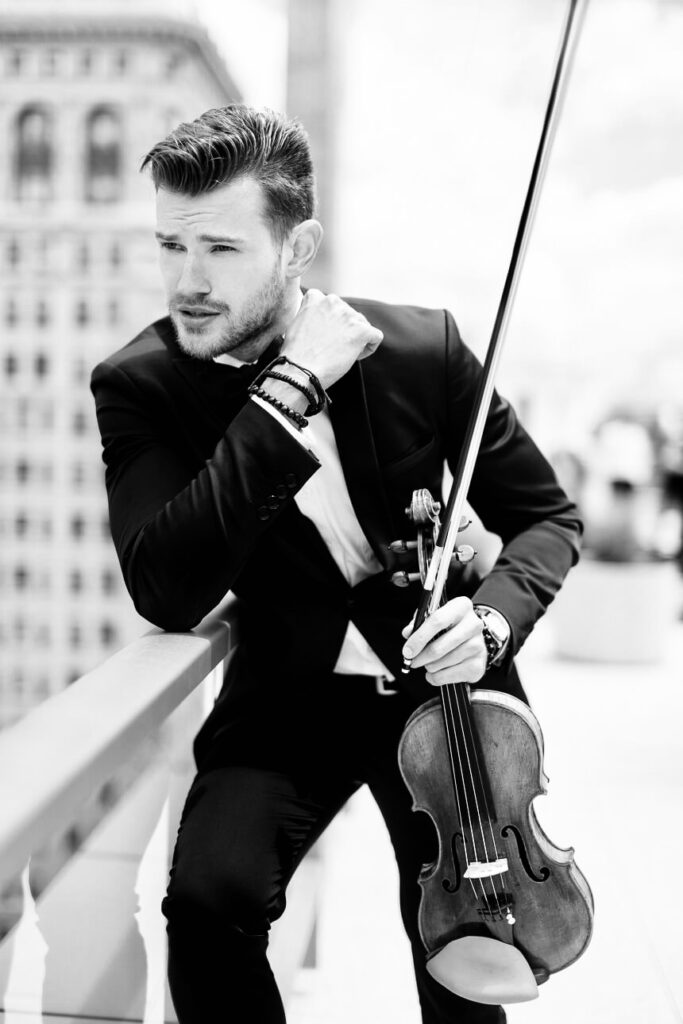